Rowan Ibbeken has designed a surf school and eco retreat on the Samoan island of Savai’i. The roof of the building references the traditional thatched architecture of the Samoan fale, as well as the stepped reed thatch roofs of Southern Africa. The length of the thatch varies along the circumference of the roof, referencing the ebb and flow of the Pacific Ocean. The retreat has no windows or glass, maximising the connection between the building and the surrounding landscape. Retractable, waterproof bamboo blinds (inspired by traditional Samoan pola blinds) are used to protect the interior from the elements in bad weather. The building is ovular in shape, surrounding an internal courtyard with a freshwater swimming pool. To minimise the destruction of the surrounding coastal forest, the structure of the retreat has been designed around existing coconut palms, which serve as key focal points in the interior design of the building. Modelled and rendered in Blender. Visual effects created using Houdini. Color grading and compositing in Da Vinci Resolve. 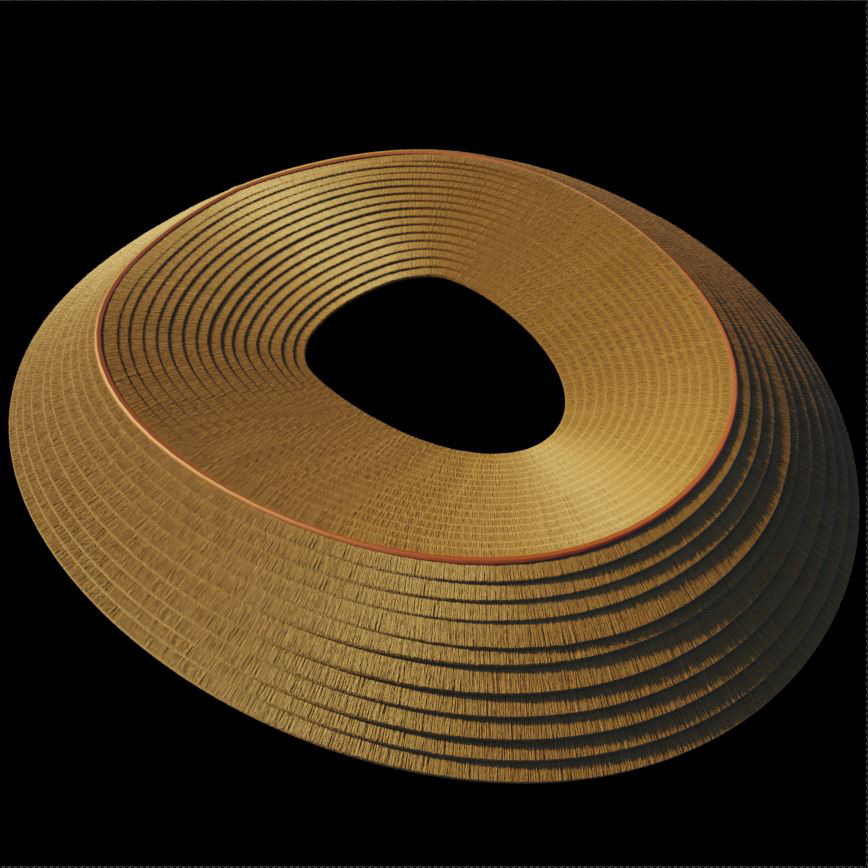